As Bollywood royalty, Aishwarya Rai Bachchan would have been forgiven for easing herself back in upon her return from maternity leave. It’s to her credit, then, that she’s instead taken on Jazbaa, an appreciably pulpy remake of the 2007 Korean thriller Seven Days. Granted, Hindi cinema’s usual maternal-love fetish is somewhere hereabouts, but it’s secondary to another concern: what happens when those with dirty hands let those they care about slip through their fingers. Every one of its characters – from the highest MP to the lowliest thug – is working the system. An end-credit card highlighting Indian rape stats repositions Sanjay Gupta’s film as a critique of a system that needs to work harder itself. One of Mumbai’s craftiest defence lawyers, La Bachchan’s Anu Verma is introduced engineering the disappearance of crucial evidence at a mobster’s extortion trial. Her shaky ethical code will be tested shortly thereafter when her young daughter is kidnapped by a gang who dispatch her to do their bidding: by getting one of their number, recently convicted of raping and murdering a student, off death row. Given that her latest client tries throttling her at their first meeting, accepting said appeal appears an obvious wrong turn – but then the law, in this conception, is a labyrinthine grey zone in which even those trying to do right will incur not inconsiderable collateral damage. 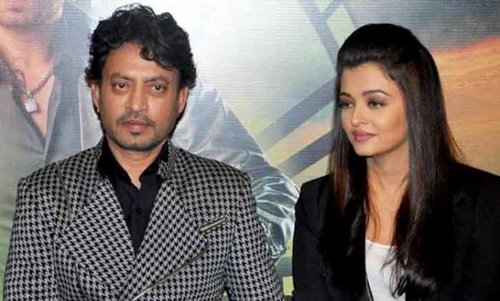 There’s a certain clumsiness in setting all this up. Certain early scenes look very much as though they were drawn up solely so its producer-star can show off what supermarket-checkout magazines would describe as her toned post-baby figure: a spot of downward-dog on a harbour wall under the credits, running a poised relay leg at her daughter’s school sports day. Though Rai Bachchan proves a fierce courtroom presence, her agony at seeing her offspring spirited away is decidedly overstretched: witness her extended pre-intermission slo-mo charge towards the kidnappers’ SUV after her girl is spied in the backseat. (The relay suggests she would have made it at normal speed.) Gupta is more assured around Anu’s sidekick Inspector Yohaan (Irrfan Khan), recently suspended but insistent that, in the scheme of things, he’s not so corrupt: as he points out, his going rate was 1.5 crore, where the average is ten. You accept, as you would in a well-penned airport novel, that he happens to have been Anu’s childhood friend; also that he’s been crushing on our heroine. Khan’s signature subtlety isn’t much required, but this chewy character part affords him countless gruffly louche flourishes: to one suspect’s pleas for justice, the Inspector snickers “You’ve been watching too much Hollywood; this is Bollywood”, before smashing a chair over the unfortunate. Visually, it’s overwrought: all torrential downpours and yellowy-green filters the colour of nausea. Yet the byplay between Anu and the dead student’s mother is bolstered by Shabana Azmi’s commanding presence in the latter role; your sympathies do swing back-and-forth. And it’s a nicely ambivalent touch that the matter is resolved only as a result of an underworld powerplay; the moral, not so far removed from the moral of a show like House of Cards, is you make your deals where you can. For all the rot Gupta dwells on, there’s something refreshing about Jazbaa within the wider Bollywood context: it’ll make for brisk, pacy, adult entertainment – whichever side of the law you’re on.