A couple of months ago we had reported that Hrithik Roshan will be hosting a show on Discovery channel that will bring forward some inspiring stories. Now, we hear that the show titled HRX Heroes With Hrithik Roshan will go on air from November 2, that is tonight. Hrithik Roshan who is excited about trying something new mentioned that the stories in the series will have heroes who have managed to achieve heights, overcoming obstacles as Hrithik takes us through their journey filled with struggles but ultimately leads to success. 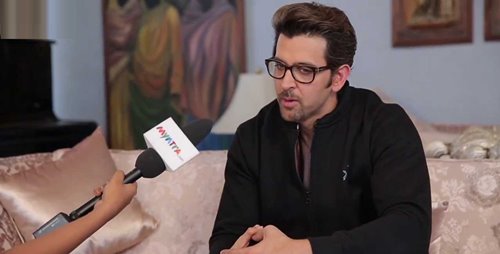 Claiming that he himself has experienced some of these emotions in his life, Hrithik Roshan mentioned that he wants people to have a sense of belief and to have the courage to face adversities and overcome it. The stories in the show will bring people from varied professions, countries, gender together and will have some of the biggest inspiring stories like achieving Common Wealth championship, being the first female fire engineer among others. 'HRX Heroes With Hrithik Roshan' will premiere on November 2 at 9 pm and will air every Monday and Tuesday with repeats on Saturday and Sunday at 8 pm.