Aditi Rao Hydari and Arunoday Singh, who began dating after working together in Yeh Saali Zindagi (2011), are no longer together. While the actress has moved on, Arunoday has moved in with his Canadian girlfriend Leigh in Goa. The couple just grew apart over a period of time and decided to call it quite mutually. Says an industry source, “Aditi wanted to have a commitment, but Arunoday refused to be tied down. She’d waited long enough and then decided it wasn’t working for her anymore. It was a cordial parting of ways. They still hang around with the same group of friends.” However, a source close to Aditi sticks to the we-are-just-good-friends routine, “Where were they dating to break up now? He was just a friend. They all go around in a gang and when a guy and girl are seen together, people assume they are going around.” While Arundoay Singh hasn’t made it to the limelight for quite some time. Aditi is frequently spotted at film screenings and award shows! Also not to forget, she grabs major eyeballs courtesy her appealing fashion sense! 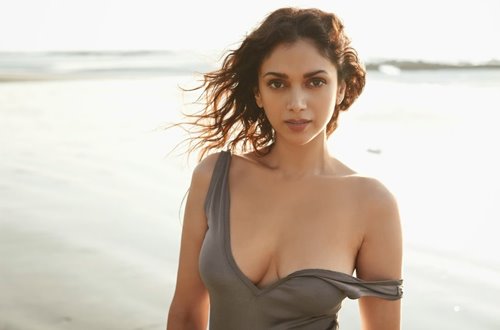