Sachin Pilgaonkar’s daughter Shriya is all set to make her Bollywood debut in Shah Rukh Khan starrer much anticipated film Fan. The ‘Tu Tu Main Main’ fame is very happy that his daughter is getting an opportunity to work alongside Shahrukh Khan in her debut flick itself. He said that it will be a great learning experience for her. Sachin told, “I am very happy for her. It is not a full fledged role, it is a cameo. She will be seen opposite the character of fan, played by Shah Rukh. She asked me if she should do the film and I gave her full support. I told her to get some exposure, learn a lot from the people you are working with, and who better than Shah Rukh to learn something from”. The 58-year-old actor had launched his daughter in the 2013 Marathi flick titled ‘Ekulti Ek’, which was his own directorial. When asked if he has given her some acting tips, Sachin said, “I told her not to deprive herself of this opportunity. Take it and work hard and do good work. I worked with her in ‘Ekulti Ek’ for her to get an experience. I knew it then that she has it in her to be a good actress”. 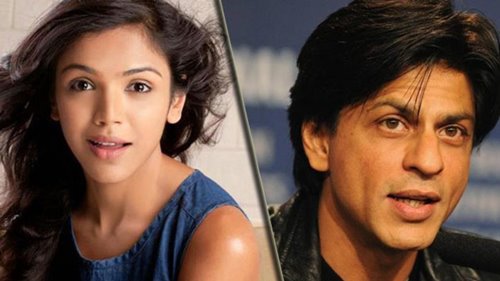