Complaint filed against Bollywood actor Aamir Khan and his wife

A complaint with charges of sedition, defamation, hurting religious feelings, and criminal intimidation against the Bollywood actor, Aamir Khan and his wife Kiran Rao, was filed in the court of additional chief judicial magistrate -6 on Friday. The court has fixed the next date on December 14, for hearing statement. The complaint was filed by a local lawyer Kamlesh Chandra Tripathi against Khan and his wife, under sections 124 A (sedition), 500 (punishment for defamation), 298 (uttering words with deliberate intent to wound the religious feelings of any person), and 506 (punishment for criminal intimidation) of Indian Penal Code. It may be recalled that Aamir Khan, while speaking at the Ramnath Goenka Excellence in Journalism Awards function which was held recently, had expressed alarm and despondency over the rising display of intolerance in the last six to eight months. He had said that a sense of 'insecurity' and 'fear' had seeped deep within society. 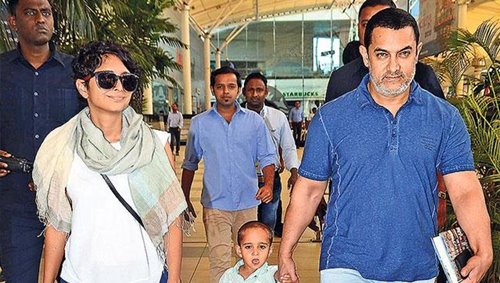