Speculations were rife that Parineeti Chopra has been roped in to play Salman Khan's leading lady in Sultan. However, the actor took to Twitter to put the rumours to rest. Ever since the first teaser of Salman Khan's next came out, the buzz around the leading lady has gripped the fans. While the Bajrangi Bhaijaan actor will essay the role of a wrestler in the film, his on-screen lady has still not been roped in by director Ali Abbas Zafar. But the rumours of Parineeti Chopra making the cut started doing the rounds some time ago. Speculations were rife that Parineeti will get to share screen space with Salman in Sultan. 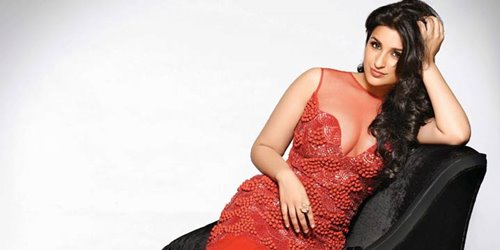 However, the 27-year-old has put rumours to rest and said that she is not doing Sultan. The Kill Dill actor took to Twitter to make the clarification and said that she will announce her next project when the time is right. Parineeti, who made her Bollywood debut with 2011 film Ladies vs Ricky Bahl, was last seen on the silver screen in Kill Dil, which released in November 2014. Since then, the Shuddh Desi Romance actor, who also starred in the mini web-series Man's World, has been attached to various projects including Sultan. However, this is not the case after Parineeti's clarification. Salman has already begun shooting for the film which will be shot extensively in Punjab. It is set to hit the screens on Eid 2016.