Sanjay Dutt may get early release from jail for good behaviour

Actor Sanjay Dutt is likely to be released from jail nearly three and a half months before completing his sentence as he is likely to benefit from all 105 days of remittance for good behaviour during his stay at Yerwada jail. However, the proposal granting him this remittance is yet to be cleared by the Maharashtra government. The actor is serving 42 months of his remaining jail term after Supreme Court upheld his conviction in 2013. Dutt was sentenced to a 5-year imprisonment after he was convicted in the 1993 blasts case for possessing an illegal weapon. He had already served 18 months before the verdict was pronounced. “Going by this, Dutt will be out of jail by February 25,” a senior official from the home department said. According to the Maharashtra jail manual, apart from furlough and parole, every prisoner gets 30 days of remittance every year for his good conduct. However, the clearance for his early release was delayed due to a complication pertaining to a two-day delay by Dutt in returning to jail after being granted a 14 days furlough in December 2014. An official told HT that after conducting an inquiry into the matter, the home department has now served memo to two concerned officials from Yerwada central prison for the delay in taking decision on his plea. The inquiry, it is learned, has given a clean chit to Dutt. 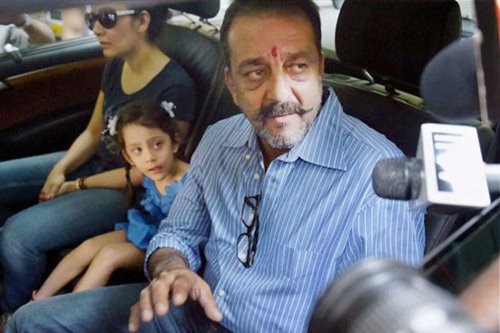