Actress Sonam Kapoor said that before she started her film career, she was not confident about herself. The 30-year-old Prem Ratan Dhan Payo actress revealed: “I constantly fear everything. I have got ridiculous stage fright. It takes me a lot to talk to people. I am a very shy and reserved person. I thought I did not have the personality of an actor.” Kapoor was speaking at the trailer launch of her upcoming film, Neerja. 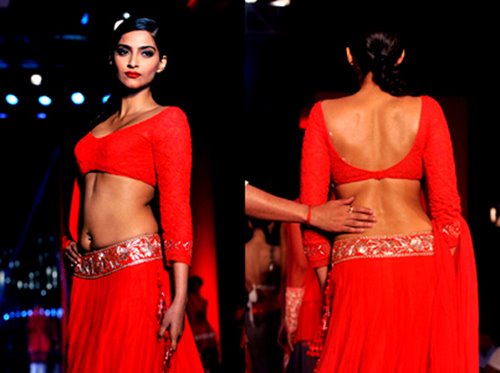 The star said that after around eight years in the industry, she has been able to overcome her fear. “ I have the courage to go on stage, perform and talk. I think everyone should overcome something or the other in their lives,” she added. Kapoor plays the late air hostess Neerja Bhanot in the movie. Veteran actress Shabana Azmi plays the role of her mother. Bhanot, a 23-year-old, was killed by terrorists while protecting 359 passengers on a hijacked Pan Am flight in 1986. She became the youngest Ashoka Chakra Award recipient in India. The film is set to release on February 19, 2016.