Much as we may envy our film stars for the kind of life that they lead, there are various other facets that show the downside of the film industry, casting couch and body shaming being some of the many. Actress Kriti Sanon says that though she’s heard of these things, she has been fortunate enough to not go through them herself. “When you don’t come from a filmy background, the image of the industry is not good. But at the same time, there are two sides to it. You often hear this gossip about casting couch. Thankfully I haven’t faced any of it. I have been in safe hands and have not experienced the dark side of Bollywood. I have always been protected,” says Kriti, who was last seen in Dilwale, which also starred Shah Rukh Khan, Kajol and Varun Dhawan. 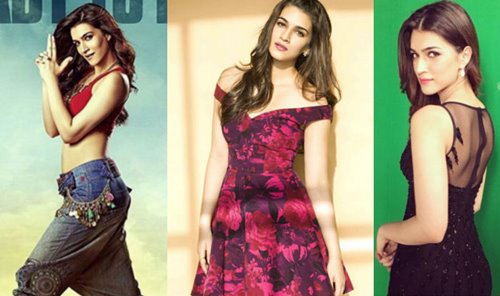 The actress, who made her debut with Heropanti (2014) alongside Tiger Shroff, says that she is always up to try something new in her films. “It isn’t risky to try something new with each film. It gets boring if you are doing the same kind of roles. The audience also gets bored. My character in Heropanti was different from the one I did in Dilwale. In Heropanti I played a bratty and childish girl. Dilwale’s Ishita was simpler, modern independent and more sorted,” she says. Talking about the work that goes on in making a film, Kriti says, “I keep telling my friends about what all goes into making even one minute of screen time. There are so many people involved, the lighting department has people who haven’t slept since they have two shifts. It’s fascinating how a set is made with so much attention to detail. As an audience you don’t notice all that, but since I’m there I notice that and respect every person and ever aspect of this profession.”