Actress Yami Gautam is on cloud nine. After the success of Sanam Re, the actress is now looking to Sanjay Gupta-Rakesh Roshan's Kaabil, that will see her paired opposite Hrithik Roshan. At the launch of the new range of 'Skechers' shoes, the actress was asked about the film and she made it clear that she is indeed very excited to work with Hrithik Roshan. Said Yami, "I am really looking forward to the film. Bahut mehnat karni padegi aur bahut mehnat kar rahi hoon". Yami debuted with the very entertaining Vicky Donor in 2012 but after that, the actress didn't have a great run till Sanam Re happened. Total Siyapaa flopped and so did Action Jackson. She had a fine role in Badlapur but length wise, it was very small. And there are reports that she gets killed in the first half of Kaabil. When asked about these reports, Yami refused to give any clarification and added, "The crux of any film is story and such stories should not be spread. Sadly, such rumours go around very easily nowadays which is not fair. A lot of effort goes in making a film and this fact should be respected." So it seems like it's only when the film releases or is closer to release that the mystery over the length of Yami's role in Kaabil will be solved. 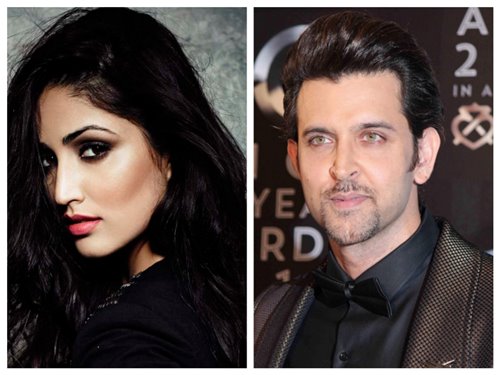