Himesh Reshammiya credits Salman for his success in the film industry, and also for helping others make it big Bollywood. We all know Salman Khan as Bollywood’s ‘bhaijaan’, but to music director-actor Himesh Reshammiya, he is something more. Crediting Salman for his success in the film industry, Himesh says the superstar is nothing less than a "messiah" for people, who want to make big in Bollywood. Himesh made his debut as a composer in Salman's 'Pyaar Kiya To Darna Kya' and went on to create music for many of his films like 'Tere Naam', 'Maine Pyaar Kyun Kiya?', 'Bodyguard', ‘Kick’ and 'Prem Rata Dhan Payo'. The actor, who was in the city to promote his upcoming film 'Teraa Surroor: A Lethal Love Story', said he lost 20 kgs for his role in Shawn Arranha-directed movie, and said that Salman gave him fitness tips. "Salman is a messiah in the industry," he said. Himesh made his acting debut in 2007 with 'Aap Kaa Surroor', said he learned a lot from actors like Nasiruddin Shah and Kabir Bedi in last one year. "Viewers will see a new Himesh Reshammia in my upcoming film Terra Surroor. I worked hard for a year and learned a lot from legendary actors Nasseruddin Shah and Kabir Bedi," he said. Earlier in the day, Himesh along with film's leading lady Farah Karimi and others visited the shrine of Khwaja Moinuddin Chisti in Ajmer to seek blessing for the success of the film. 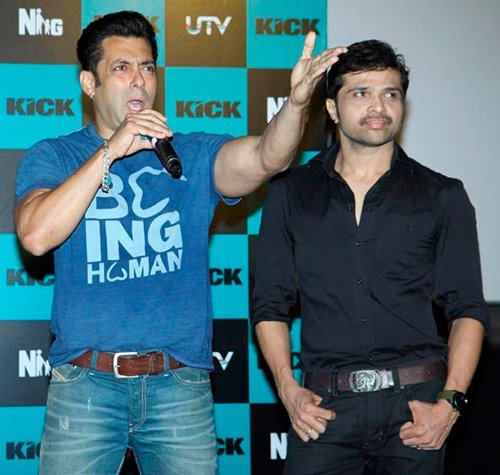