Veteran Actress Shabana Azmi spoke out her mind against Bollywood item numbers criticizing specifically a raunchy song from Dabang 2, which Kareena Kapoor danced on. At the launch of the Women of Worth Campaign in New Delhi she said, “I have reservations against item numbers. That’s because I think if a top most heroine is singing ‘I am tandoori murgi, swallow me down with alcohol’, it’s not a laughing matter. It’s a serious issue,” an Indian news agency reported. “One person wrote the song, a few more got it made but it was watched by crores of people. They also saw their 6-year old kids singing and dancing on it. Don’t you have a responsibility? It’s not fun”, added the 65-year-old actor. Shabana Azmi was talking about an item number ‘Fevicol se’ from the 2012 film. She has been vocal about women rights before, but this is the first time she has taken such a direct dig at a colleague. 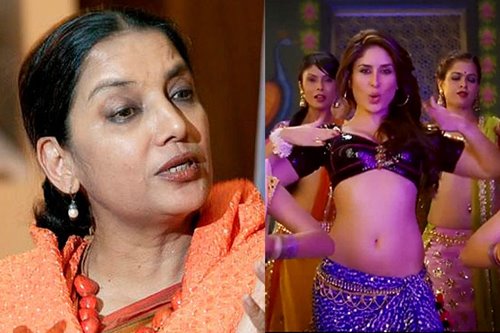