Raj Kumar Santoshi, who directed Salman Khan in the ’90s hit Andaz Apna Apna, is teaming up with the superstar once again. After their hit collaboration 22 years ago, the two had worked together in Santoshi’s Ajab Prem Ki Gazab Kahani, however the film only featured Salman in a cameo. Now, we hear that Santoshi’s next film features the actor in the lead role and work on it has already begun. Salman is busy with Sultan, but the director has met Salman many times already and has discussed details of the project. While Salman has been finalised as the male lead, the film’s leading lady is yet to be shortlisted. We hear that Santoshi has already sounded off Deepika Padukone’s team about the project. The actress is currently away, shooting for her big Hollywood debut with Vin Diesel. Meanwhile, her team has been scanning a lot of movie offers and keeping them ready for her to go through. once she’s back. A source told us, “There is a lot of speculation surrounding the film’s leading lady. 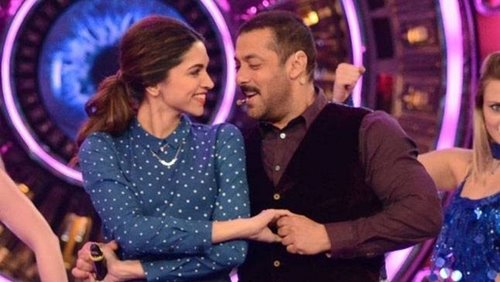 Ultimately, it will be Salman’s call on who’ll be the heroine. Santoshi has already suggested Deepika as his choice and she has been approached. Efforts are being made to get the pair on screen together.” There have been several instances in the past where makers have tried to bring Salman and Deepika together on screen, but nothing has materialised till now. As for Deepika, she is most likely to team up with Ranveer once again for Bhansali’s next. Apart from Bhansali, Deepika is also considering a script from another director. The source added, “Deepika is definitely keen on this project. Raj Kumar Santoshi is one of the most successful directors in the industry and has a great track record. His movies appeal to the audience and this pairing will definitely make this project one of the most anticipated projects of next year.”