Emmerdale favourite Gemma Atkinson plays Carly Hope in the rural soap set in the Yorkshire Dales. But soon she will be seen taking on a different role in her first Bollywood film. Gemma tweeted her excitement over the forthcoming release of the Bollywood romance and suspense thriller Fever, filmed in Switzerland. A teaser clip for the film about an assassin, also starring one of India’s biggest TV and film actors Rajeev Khandelwal and Indian model and actress Gauhar Khan, is out now ahead of a trailer which will be released on Tuesday - and it looks packed with adrenaline-pumpiong car chases and some raunchy scenes. The Bury actress, who used to date former Manchester United footballer Cristiano Ronaldo, retweeted the teaser posted by her co-star Rajeev, with the words: “Working on a Bollywood film was both daunting yet HUGLEY exciting! Our trailer is now ready!” Before Emmerdale the former model played troubled Lisa Hunter in the Channel Four soap Hollyoaks, whose hard-hitting storylines included including bullying and self-harming. And she played paramedic Tamzin Bayle in the BBC One hospital drama Casualty from 2011 to 2014. In 2007 she went into the jungle on I’m a Celebrity ... Get Me Out Of Here! alongside fellow celebs including Oldham actor and TV presenter Christopher Biggins, former supermodel Janice Dickinson, outspoken The Apprentice contestant Katie Hopkins and former Manchester City player Rodney Marsh. 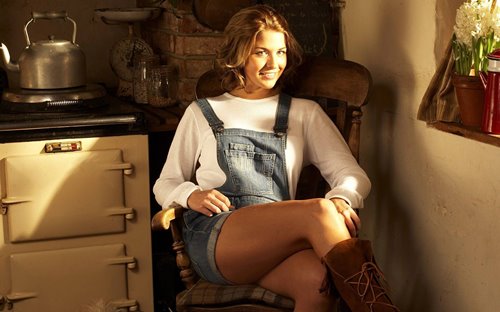