The industry finally speaks out — a handful in support of Salman Khan while others criticise his “rape remark” but play it safe. She is known to speak her mind and has ruffled many feathers in the past. One of the rare women to speak out against the gender bias in the film industry, Kangana Ranaut had taken on Hrithik Roshan two months ago when he alleged that she was suffering from a mental illness and was stalking him. Now, once again, Ranaut has come under the spotlight for being the only prominent actor in Bollywood to speak up. This time, it is her comment on the latest Salman Khan “rape remark” controversy, where the actor is being criticised for comparing his gruelling acting schedule during the shoot for the film Sultan with feeling like a “raped woman”. Last afternoon, the actor was attending the launch of Shirish Kunder’s short film Kriti, where during a media interaction round, she was asked for her opinion on the matter. Ranaut responded, saying that it was “horrible and extremely insensitive”. “We all agree that it’s a horrible thing to say. Something that is extremely insensitive. But let’s not encourage that mentality where we want to point fingers at each other and want to feel greater by running people down by trolling them,” Ranaut said. “As a society we have to take responsibility and stand united. It’s a disgrace for the whole society and not an individual. So, what Salim uncle says is right, that we are all sorry about it. It’s not about an individual. We all collectively feel sorry for that thought process,” she said. 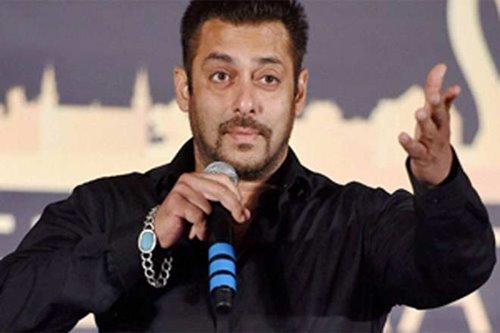 Ever since the controversy over Khan’s remark erupted on Monday, Bollywood has been largely quiet or played it safe. At a press meet yesterday, filmmaker Anurag Kashyap, too, admitted, “It (Khan’s remark) was poor choice of words. And Salman must say sorry”. However, he soon added, “He will come out and say sorry for it. What he said was unfortunate and he also realises it.” Khan’s father, veteran screenwriter Salim Khan apologised on Twitter, on Tuesday, for his son’s comment, adding that his intention has been misunderstood. On Wednesday, his brother, actor-director Arbaaz Khan, also attempted to explain that Khan’s “intention was not wrong”. “I would hope that he gives a clarification, because a controversy has been created. So jawaab dena banta hai, because people look up to him, he has got a lot of following, he is a youth icon,” he said at a press meet, adding, “It was just the kind of (statement) where we compare things… ‘I worked like a donkey’, so now people will say you used the word donkey so some animal activist will come after you.” Speaking to The Indian Express, Sultan’s director, Ali Abbas Zafar, said: “On Tuesday morning, I woke up to phone calls and messages. I switched on the TV to understand what the controversy was all about. If you had been present there (at the press conference), you would have known that was not his intention. We can’t control all these controversies. With social media entering personal life, one has to be conscious of what statement is being made.”

Filmmaker Subhash Ghai, meanwhile, took to Twitter to defend the actor, saying, “He is a child & 1 thing I know for sure is that he has high regards & respect for women. He (Salman Khan) only spoke about human agony he went through, the deepest human agony is when a woman is raped, it was a metaphor (sic).” A few women from the industry, however, have dared to raise their voice and point out that Khan’s remark was in bad taste. On Tuesday, singer Sona Mohapatra attacked Khan on Twitter, in response to a supporter who was defending him. She tweeted, saying: “Women thrashed, people run over, wild life massacred & yet #hero of the nation. ‘Unfair’. India full of such supporters (sic).” The singer was soon trolled by abusive fans but gave a fitting reply: “last 4 who have written in amongst 100 others. Proves the kind of example their ‘hero’ has set. #PopularCulture (sic).” Hairstylist Sapna Bhavnani, who is a rape survivor, took to the internet, criticising Khan, his supporters, including Pooja Bedi, and appealed for a boycott of the actor. In a similar vein, film critic Raja Sen announced on Twitter that he will not watch Sultan or review it. In response, Khan’s supporters dug out a 2009 tweet by Sen where he had also used the word “rape” as a metaphor for inconvenience and pain. “Recommend a good chair, somebody? One of those comfortable, ergonomic things that won’t rape my lower back?” the tweet read.