There are many limitations in Remo D’Souza’s repertoire as a director but in A Flying Jatt, he combines humour, a social message and out-of-this-world fight sequences to give us a film that looks like a box-office winner, even though it won’t win any prizes for film-making. A Flying Jatt is what you get when Bollywood feeds on superstition, simplifies environmental issues and adds Sikh pride to the mix. So our villain is the evil industrialist Malhotra (Kay Kay Menon), who will stop at nothing to further his interests even if effluent from his factories turns the city into a wasteland. He meets his nemesis in a woman we know as Bebe (Amrita Singh), a cantankerous woman fond of her drink and ferociously possessive of a tree on her property. Malhotra wants to demolish the tree, but Bebe refuses to give in, saying the tree has special powers. Her son Kabir is our reluctant superhero – a bumbling young man terrified of heights who metamorphoses into a cross between Superman, Krrish and MSG after a near-death encounter with Raka (Nathan Jones), a thug hired by Malhotra to cut down the tree. 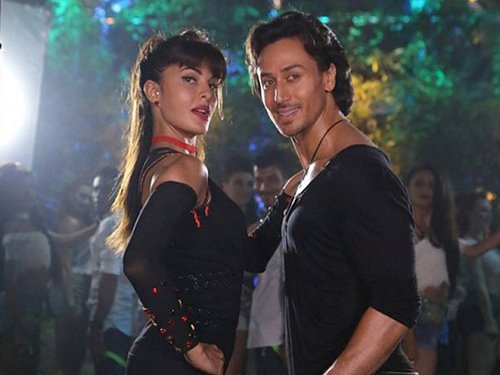 In a scene somewhat inspired by Harry Potter, Kabir finds his superpower when an evil man is about to kill him, while Raka emerges as a zombie supervillain, whose blood is black and whose strength comes from inhaling the toxic fumes Malhotra’s factories are belching out. From here on, A Flying Jatt goes into ridiculously facile territory. Bebe makes sure her son watches every superhro movie to learn how to save the world. Kabir’s colleague and neighbour Kirti (Jacqueline Fernandez) channels her inner Lois Lane in the most nauseating way possible, and we have scenes where people are carrying “Eco-Friendly is the word” posters as Raka and the Flying Jatt battle it out. But this is nothing compared to the final confrontation between superhero and supervillain. Just when you think it can’t get more ridiculous, it does. It is to Tiger Shroff’s credit that he pulls it off. His action sequences are fluid, and his dance moves are even better. Gaurav Pandey, who plays his loyal friend also puts in an efficient performance, and Nathan Jones lumbers his way to a menacing act as Raka. D’Souza borrows liberally from the X-Men and Superman franchises, and puts in enough tropes to give his superhero enough of an Indian soul, making sure the next film in this franchise becomes a reality.