After the success of her last film, Neerja, Sonam Kapoor is all set to begin working on Veere Di Wedding, which is being produced by her sister, Rhea Kapoor. However, rumours are rife that the film has been delayed due to financial woes. But Sonam says, “There are no financial issues at all. It’s just about Bebo [co-star Kareena Kapoor Khan] giving birth [to her baby] sometime soon, and once she does that, we will start shooting for the film. Shashanka [Ghosh] is going to direct it and my sister is producing it,” says Sonam. Interestingly, earlier this month, the actor also completed nine years in Bollywood. Ask her if she has any regrets about her journey so far, and she says, “No, I don’t think I have any. It’s always been a learning curve. Whether you say or do something, you always learn from it, since there are always two sides to every situation. 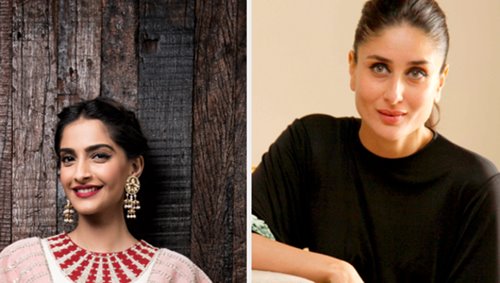 “There will be certain repercussions of mistakes that you make, but you have to learn from them, and that’s most important. You shouldn’t repeat them, and that’s something I have learnt not to do. It’s part of the growth.” Sonam is also excited about her philanthropic activities. “The more you give, the more you get, and that makes me feel better. I don’t think of it as a selfless thing. I do whatever I can to give back [to society], because it makes me feel better about myself. I feel a lot of compassion and love. I feel I am a patriot. “And, for me, it’s important to make my nation a better place, since it’s my home. It’s important that the people in my home have better lives to live, and I’m contributing for the same,” she says.