Top Bollywood star Kareena Kapoor has given birth to a baby boy. The baby has been named Taimur Ali Khan Pataudi, Kapoor and her actor husband Saif Ali Khan announced in a statement. The couple, dubbed Saifeena by the paparazzi, were married in 2012 in Mumbai after a five-year courtship. Saif Ali Khan is the son of former Indian cricket captain Mansur Ali Khan Pataudi and Sharmila Tagore, a former actress. Kapoor's parents and grandparents were some of Bollywood's top actors. "We are very pleased to share with you all the wonderful news about the birth of our son: Taimur Ali Khan Pataudi, on the 20th of December 2016," the couple said in a signed statement on Tuesday morning. On Monday, Khan said in a press release: "To have a child now completes us. There is something about a baby that is kind of half mine and half of hers, so, it's a nice feeling." Saif Ali Khan, who is 46, was previously married to actress Amrita Singh and they have two children who are now teenagers. For the 36-year-old Kapoor, it is her first marriage and her first baby. Saif Ali Khan has acted in more than 40 movies and won acclaim for Omkara, a Bollywood version of William Shakespeare's Othello. Kareena Kapoor has starred in nearly 50 films. She won the Filmfare Award for Best Actress for her 2007 hit Jab we met (When we met). 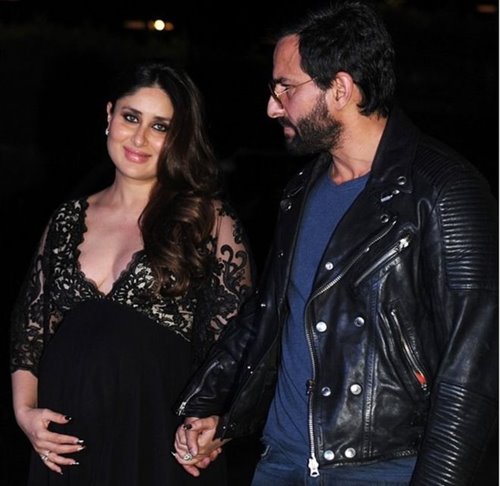