The day of reckoning is upon Bollywood. In a few days from now, the last release of the year — Dangal — hits screens. In a season starved of good openers at the box-office, all eyes are on how well the Aamir Khan-starrer open in order to get rid of some deficit right away. “The film that Aamir would be challenging for the honours of the highest opening day would be Salman Khan’s Sultan,” says a trade source, “That film had brought in Rs 36.54 crore on Wednesday, the day before Eid. That was massive by all accounts. In terms of release, there are no worries for Aamir. He is arriving solo and doesn’t have any competition. Yes, it is on a regular Friday though. As a matter of fact, it doesn’t benefit from the Christmas holiday either, since it falls on Sunday. However, audiences wait for an Aamir Khan film in this season, which should help with the popularity factor.” “It would be quite tough though for Dangal to come anywhere close to the Rs 30 cr-mark. All his films have posted lower then Rs 30 cr on day one. Except Dhoom:3 which is a franchise and was a star-studded affair. For Dangal to surpass Sultan, the need of the hour would be for it to bring on the euphoria and craze of Dhoom: 3. Aamir’s films traditionally open on an excellent, albeit, not a record-breaking note. 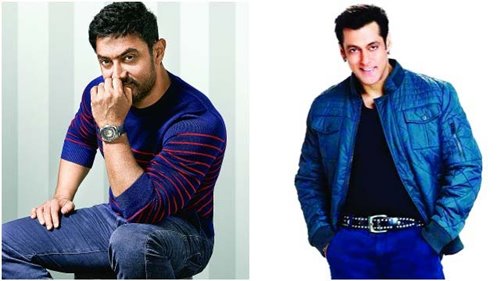 PK (2014) started with Rs 27 crore on its opening day. Talaash (2012) was Rs 13 crore while 3 Idiots (2009) was just Rs 12.5 crore,” our trade expert comments, “Yes, Dhoom:3 was mind-blowing with Rs 36.22 crore and that too on a regular Friday.” Says an Aamir loyalist, “Aamir’s films may start slow but when they take off, they are unstoppable. As a matter of fact 3 Idiots went on to open the Rs 200 crore club while PK was the first to enter then Rs 300 crore club. Which is why he doesn’t care about first day collections.” Adds a industry insider, “Let us understand that Dangal is not a quintessential ‘dhamaka’ entertainer, which goes on to break records right from the first day. Yes, there is this big Aamir Khan factor but then at the end of the day, there are no chart buster numbers or a popular mainstream heroine — like in his last few films — to lean back on. Also, the film’s set in a small town/village. With such factors, don’t expect miracles.” What is pretty much on the cards though is that at the least, Dangal will see the second best opening of the year as it would comfortably go past Sushant Singh Rajput’s cricket drama MS Dhoni - The Untold Story (Rs 21.3 crore). “That is hardly a challenge for the film,” the expert continues, “Dangal has everything going for it to go past Rs 25 crore on its opening day. Yes, demonetisation factor is a reality that you can’t escape from. That would impact the collections at single screens for sure. It could in fact change the equation a little as well. However, multiplex business would be huge enough to still let Dangal gather good speed over the weekend.” As for the lifetime collections, it will all boil down to the content.