This year seems to be really busy and packed for the ‘Gen-Next’ star Tiger Shroff. While on one hand, he has been shooting non-stop for films like Student Of The Year 2 and Munna Michael, on the other hand, he has just been signed up for the Hindi remake of the path breaking Hollywood film Rambo. Yes, you heard it right! Tiger Shroff is now all set to star in the Hindi remake of Rambo that starred the sensational Sylvester Stallone. While the Hindi remake of the film is yet to be titled, the film is being directed by Siddharth Anand, whose last film was the Hrithik Roshan – Katrina Kaif starrer Bang Bang that released in 2014. Reports have it that Tiger Shroff has already done the photoshoot for the film. If that wasn’t all, we also hear that the film is all set to go on the floor in July this year, and is expected to release early next year. Meanwhile, the hunt is on for the film’s leading lady who will be starring opposite Tiger Shroff. 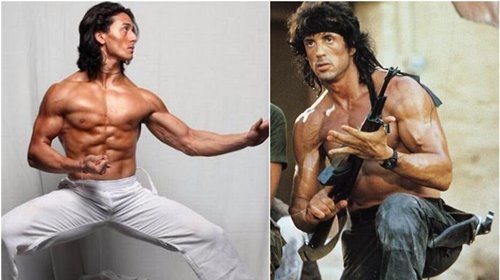