Vinod Khanna, the popular Bollywood actor turned politician, died on Thursday morning at Sir HN Reliance Foundation Hospital in Mumbai. He was 70. According to Tushar Pania, a spokesman for the hospital, Khanna had been suffering from advanced bladder cancer. Khanna was born in 1946, in Peshwar, then British India. While still a baby, Khanna's parents moved the family to Mumbai and the family lived both there and in Delhi. He earned a commerce degree at Sydenham College before becoming an actor. His Bollywood debut came in 1968 and acted in more than 100 films. He began his career playing villains but within a few years he was being cast in hero roles. His popular performances included Mere Apne (My Own), Mera Gaon Mera Desh (My Village, My Country), Gaddaar (Traitor) and Amar Akbar Anthony. In 1982, Khanna temporarily quit the film industry to join spiritual guru Bhagwan Shree Rajneesh. He resumed his film career after five years. 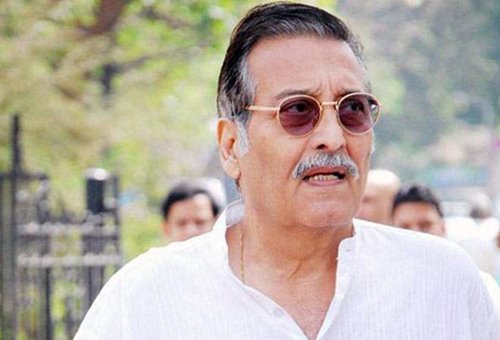 He entered politics in 1997 as a lawmaker with the Hindu nationalist Bharatiya Janata Party, representing the Gurdaspur constituency in northern Punjab state in Parliament. He also served as junior external affairs minister and culture and tourism minister. He married his first wife, Geetanjali, in 1971 and the two had two sons, Rahul Khanna and Akshaye Khanna, who also became Bollywood actors. The marriage ended in a divorce, and he married his second wife, Kavita, in 1990. They had two children, a son and a daughter. Khanna's death prompted a flood of tributes from fans, politicians and Bollywood stars, including Indian President Pranab Mukherjee, on social media.