Chitangda Singh: I know where to draw the line 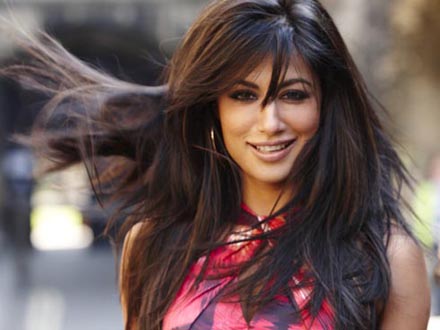 As an actor,  the Inkaar babe has opened up to new things – commercial Bollywood movies as well as item numbers.However, Chitrangda  also says she knows where to draw the line when it comes to doing bold scenes.“As long as I am comfortable with my director and the co-stars, I am open to doing bold scenes. But I do have my own limits and I know where to say no,” said Chitrangda. “If you are not involved in a scene, your discomfort shows on screen and it makes you look stupid,” she added.

Chitrangda, who has earlier featured in off-beat films like Hazaaron Khwaishein Aisi and Yeh Saali Zindagi, entered the commercial movie zone with Desi Boyz. She recently also did an item number in the movie Joker. “I am more comfortable dancing now than before. Dancing is a lot of fun. I am open to doing item numbers. Let’s see if any interesting thing comes up, then I might do it (again),” she said.

Chitrangda started her acting career with Sudhir Mishra‘s Hazaaron Khwaishein Aisi and later featured in Kal: Yesterday and Tomorrow, Sorry Bhai!, Basra and Yeh Saali Zindagi. In Inkaar, she shares the screen space with Arjun Rampal and she guarantees this is Arjun‘s best work so far. “Arjun is a very nice human being. He made me feel very comfortable and that energy translates on screen. He is extremely professional. This is Arjun’s best work that I have seen,” she said.

Inkaar is an ‘A’ certificate movie, but Chitrangda maintains she is choosy with her scripts. “Yes I am choosy about my scripts. I want to do good roles that suit me. I want to choose the best because I have waited really long to be part of good films. I should be convinced with my role,” she said. She isn’t even worried about the competition among Bollywood actors. “I don’t know about competition, I only choose to do good work that I like,” Chitrangda said nonchalantly.

She also says box office numbers don’t matter as long as she gets a good film. “Numbers don’t hurt at all. Everybody wants their film to earn as much money, but at the same time, I am greedy to be part of good films. (Of course) I would be happy if my film collects Rs 100 crore,” the 36-year-old-said. Now who wouldn’t be happy with that.