Seems like Bollywood has had it’s fill of the righteous cop heroes who ruled the marquee last year and the year before that. This year being bad is good as most of the A-listers are ditching their good guy image to play anti-heroes. Right from gangsters to con-men to out-and-out evil characters, these heroes will be unveiling their mean streaks onscreen. 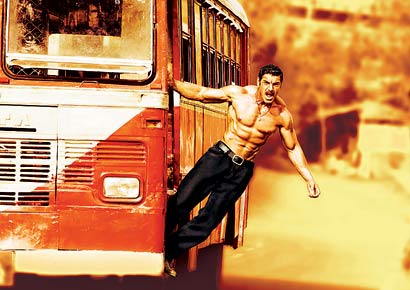 Aamir Khan plays the baddie in Dhoom 3 while John Abraham is one in Race 2. Akshay Kumar, too, plays a con-man in his upcoming Special 26, and Vivek Oberoi plays the evil villain in Krissh 3. There’s no dearth of gangster roles either. After his grey turn in Abbas Mustan’s action thriller, John will play gangster Manya Surve in Shootout At Wadala in which Tusshar Kapoor too plays a negative role. Neil Nitin Mukesh plays a don in David, while Vivek plays a bhai in JayantaBhai Ki Luv Story. Akshay will also play an underworld don in Once Upon A Time in Mumbaai Again in which Imran Khan too plays a gangster. Meanwhile, Rahul Bose is playing a negative character in Deepa Mehta’s Midnight’s Children and Randeep Hooda is touted to reveal a dark side in Murder 3. Also, there’s buzz that Arjun Kapoor and Ranveer Singh’s characters in Gunday border on the grey, as does Ranbir Kapoor’s in Besharam. 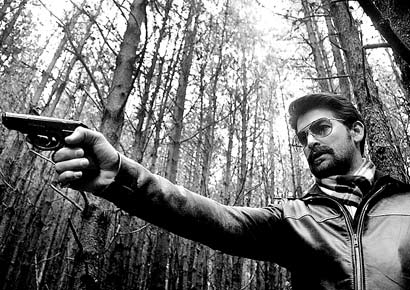 ndustry experts insist that heroes have always found themselves drawn towards grey characters. While some play hardcore villains like John did in Dhoom, others play anti-hero protagonists like Ajay Devgn and Emraan Hashmi in Once Upon A Time In Mumbaai. Either ways, the audience too is drawn towards these characters, as they are flawed and quite real. “Being unapologetically bad also somehow seems to raise their sex appeal onscreen,” experts explain. “Besides, it is more exciting for the audience to see their hero leave his comfort zone and do something diametrically different, while for the actor it is a different thrill to play something challenging. It’a a win-win, but is very important to know who’s the filmmaker at the helm,” says trade analyst Komal Nahta.

Filmmaker Sanjay Gupta says that the challenge is not only to justify the negative character or his criminal lifestyle, but also to make the audience a part of their journey. “Exploring these dark spaces allows heroes to tap deeper as actors too,” says Gupta. Akshay, who had played a grey character in Ajnabee, agrees. “For an actor to completely discard his hero image and play an out-and-out dark character is very appealing. And to see that people are convinced with your performance is thrilling too.”