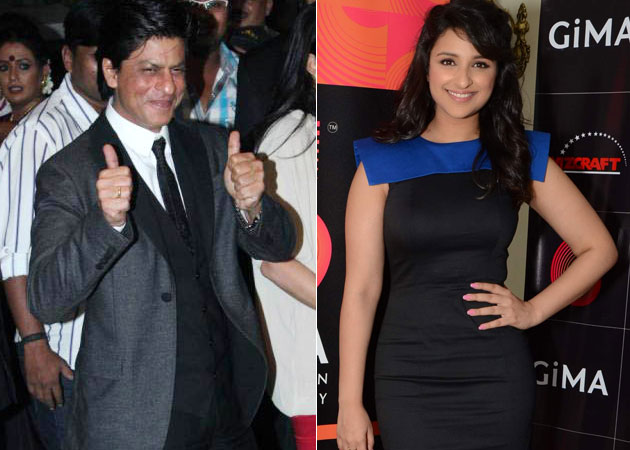 After she won the National Award for her performance in her debut film Ishaqzaade, the bigwigs of Bollywood have started noticing Parineeti Chopra. According to sources, Shah Rukh Khan has been asking around about Parineeti Chopra, prompting rumours that he might want to cast her in one of his upcoming projects. A source said, "SRK is currently shooting in Wai and has been all praises for Parineeti.

He has been asking about the kind of projects she has on hand right now. He was also heard discussing about her recent achievements. He seems to be taking a keen interest in her." Another source said, "After she won the National Award, it is possible that SRK might want to do a film with her. Only that could explain his sudden interest in her."