Shahid Kapoor and Saif Ali Khan's coming together in Vishal Bhardwaj's "Rangoon" was shocking, but fans could have never guessed that Ishaan Khattar (Shahid's half-brother) and Sara Ali Khan (Saif's daughter) would make their Bollywood debut together with a Karan Johar film. "Karan's banner will be launching them soon but one does not know who will be directing the project as of now,". Since the news has not been made official as yet, this piece of news can, at best, be considered as a rumour. However, this association can be possible as there isn't bad blood between the stars. A surprised Saif told the Press Trust of India how he's amazed at the way people are trying to sell any and all kind of stories about them. "Why should there be any enmity between me and Shahid? There is so much going on, people trying to sell anything...As far as I am concerned, we really don't have any issues. He has always been very decent. And why wouldn't he be? And so am I. There is nothing bad between us no matter how much people want," he further elaborated. Also, their recent interaction on "Jhalak Dikhhla Jaa 8" spoke volumes about the eased-out equation. While Shahid will next be seen romancing Alia Bhatt in "Shaandaar", Saif is prepping for the Vishal Bhardwaj directorial. 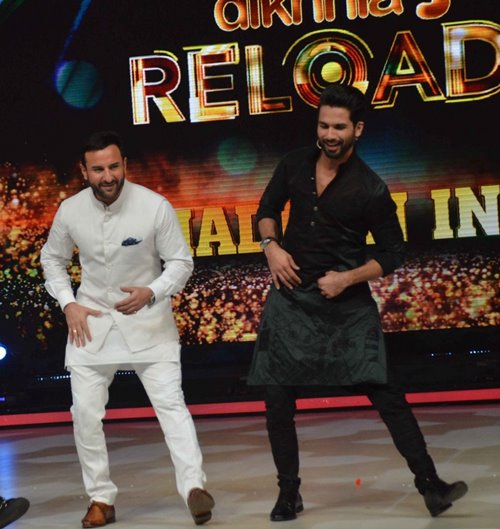